Embattled Kenyan lawyer and self-proclaimed revolutionary Miguna Miguna has warmed the hearts of many after penning a glowing tribute to his departed father-in-law Mzee Benson Omolo Owange.

Miguna who unsuccessfully tried to make his way back to Kenya said he had to write the eulogy because the government frustrated his return forcing him to share his heart-wrenching eulogy on his official Twitter handle.

“Because I will be in the air to forced exile in Toronto when the final rites of passage for my father-in-law will be conducted, here is my EULOGY, which will be read at the funeral tomorrow,” read Miguna’s tweet in part.

His father-in-law will be buried on Wednesday, January 22, 2020 in Migori county. 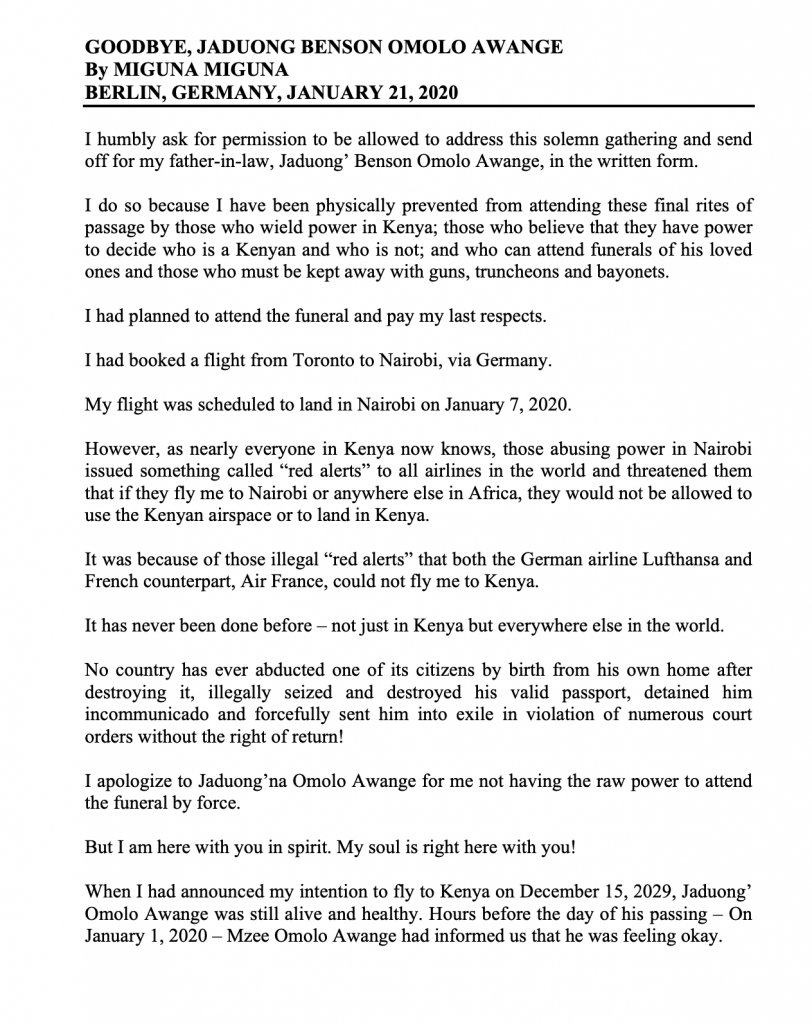 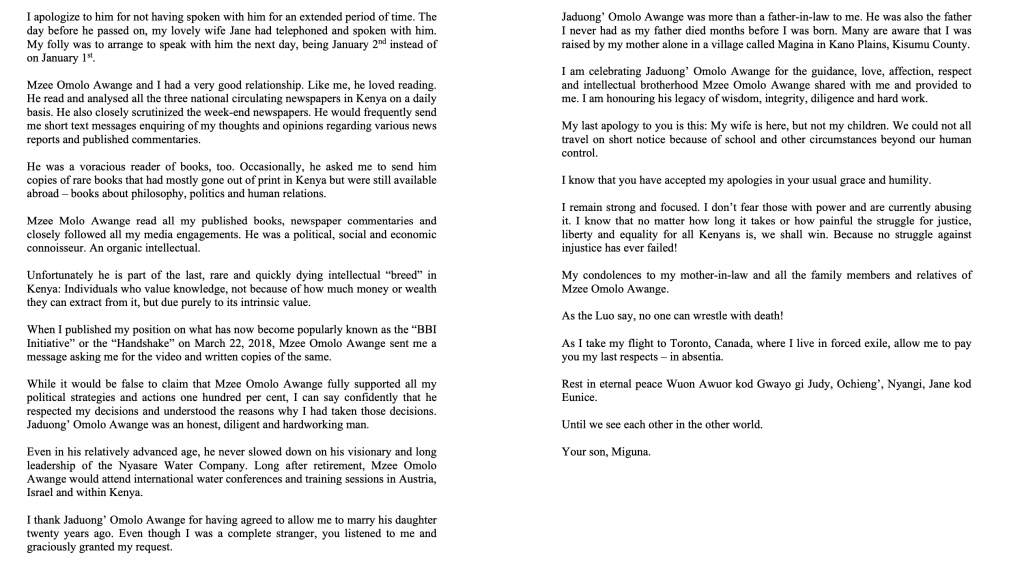 Jumia TV Mania, get the best of it!

A Sound Bar or a Home Theatre System? A complete decision-making guide