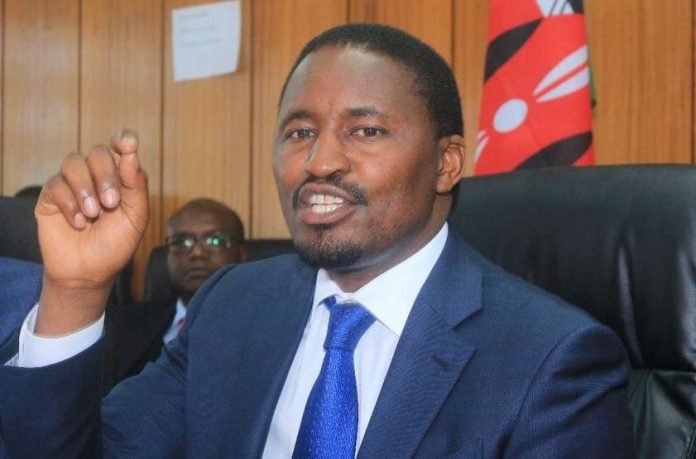 Kiunjuris’ response after getting sacked by the President

Former Agriculture Cabinet Secretary Mwangi Kiunjuri says he was not surprised by President Uhuru Kenyatta’s move to fire him from the Cabinet on Tuesday.

Addressing the press in Nairobi soon after his sacking, a seemingly unbowed Kiunjuri said it was a relief for him, noting that over the past one year prior to his dismissal, he had been subjected to “a lot of humiliation.”

“The President’s decision has taken me by no surprise. I thank God. I feel relieved. Having in the recent past gone through a most difficult year that on a number of occasions threatened my energy and resolve. Some of you know I have endured a lot of humiliation that only God and my family know how this made me feel,” said Kiunjuri.

Also Read: Mwangi Kiunjuri has been shown the door by President Uhuru Kenyatta

He noted that he had done his best during his tenure adding that he proudly leaves the government with his head high.

“I thank my family, friends and work associates that have stood by me and given me strength during my highest and lowest moment. I have given my best to the assignments that I have been given and I’m proud of my achievements. I, therefore, leave with my head high,” he said.

Jumia TV Mania, get the best of it!

A Sound Bar or a Home Theatre System? A complete decision-making guide