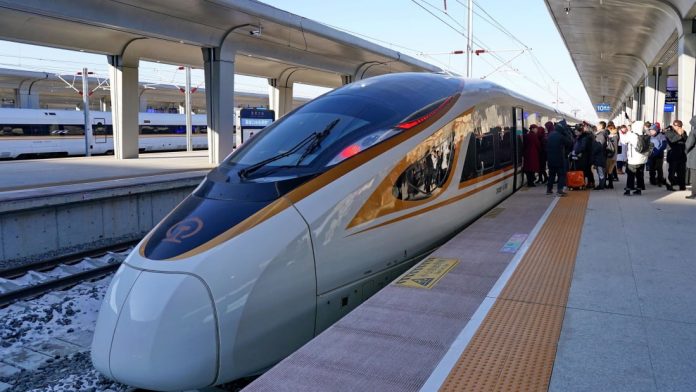 China has just hurtled past another milestone in its vast high-speed railway expansion plans.

As the countdown to the 2022 Beijing Winter Olympics continues, the new 108-mile high-speed railway line connecting the capital with Olympic host city Zhangjiakou has just entered service, cutting the travel time between the two from three hours to 47 minutes.

But this isn’t just another bullet train.
Also Read: Pork made from plants launched by Impossible Foods

This beauty, part of China’s Fuxing series, can run up to 350 kilometres per hour (217 mph) without a driver, said to be a world first. It’s also been dubbed the world’s first smart high-speed railway.

Taking about four years to build, the line, also referred to as the Jing-Zhang high-speed railway, connects Beijing, Yanqing and Zhangjiakou, all three of which will host events during the upcoming Winter Olympics.

The route will stop at 10 stations, including Badaling Chang Cheng, the most popular section of China’s Great Wall.