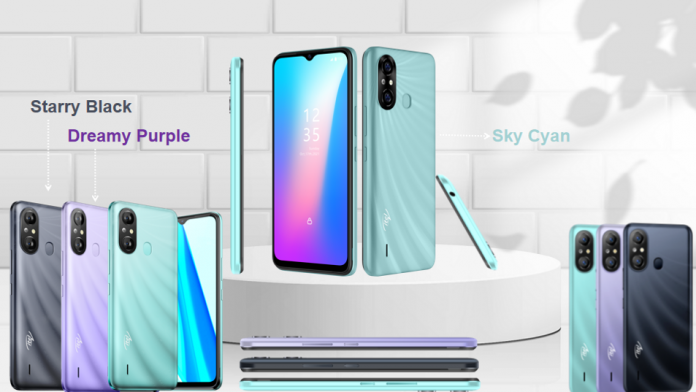 Itel A58 is the latest addition to the Itel A series after A14, A36, A37 and A56. It is an enhancement of its immediate predecessor, the ItelA56. Itel A58 has superior features in screen display, battery performance and appearance. Let us have a quick look at the newly introduced A58’s features.

A bigger screen is certainly what you go for if you are looking for nice interactivity with your device. A bigger display area means a better view and more clarity. The new Itel A58 saves you the trouble of reading or browsing on a smaller screen, thereby giving you the ultimate user experience.

The Itel A58 has standout screen features which include:

Itel A58 also has a waterdrop/dewdrop notch where the screen is curved around the front camera, to have more space for display.

This means the screen covers almost the entire part of the phone’s front side. The feature guarantees an even wider view of images, text and other content on your screen. This gives you a better perspective of the world as you know it.

It has a 2.5D screen design

This is intended to make images as real as possible.

The aspect ratio is designed for clarity, to give you the finest details.

The Itel A58 4000 mAh big battery is meant for convenience and to increase the phone’s utility. During long trips or in a hectic schedule, Itel A58 comes in handy.

Itel A58 is easily competitive in the modern fast world due to its effective processing speed. This gives you faster access to information, as well as smooth general functionality of the phone. Itel A58 definitely steers clear of the modern-day hanging problems.

What is a Smartphone Processor and How Does it Work?

What is a Nano SIM in Mobile Phones?

What is an eSIM and How Does it Work in Cellphones?

What is ROM in Mobile Phones and How Does it Work?

What is Internal Storage in Your Phone?