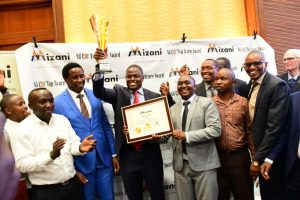 Eldas Constituency under MP Adan Keynan scooped the Top Score Award for the exemplary utilization of the National Government- CDF.

Kenya is my business and development in the country is my heartbeat.  If you have any breaking news story on development, politics, human interest, sports, and governance that has to be told, reach me at kaka@howto.co.ke and we can showcase Kenya together. I believe there’s no place like home and the world will know Kenya when we tell our story.  I focus more on political stories, governance, education, development and human interest stories

What would happen if Joe Biden and Donald Trump tied in the presidential poll?

Why the lion outside Sonko’s City Hall office was removed

ABOUT US
Get the latest global news updates in politics, business, entertainment, lifestyle, technology , sports and modern trends
Contact us: howtodoafrica@gmail.com, outreach@t4d.co.ke
FOLLOW US
© 2021 Designed and Developed by T4D
Translate »