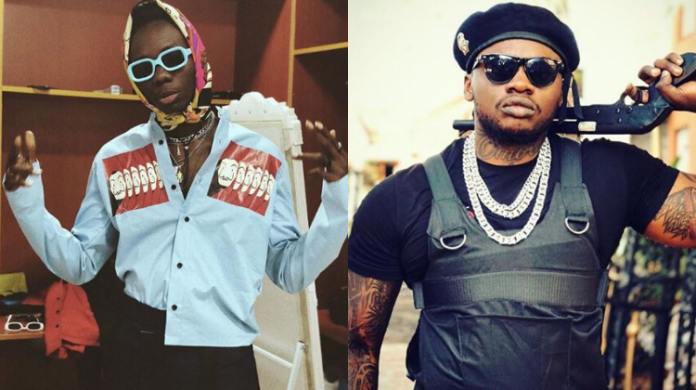 Their beef escalated after Khaligraph took home the ‘Best Hip Hop Act’ in Africa win at the Soundcity MVP Awards.

But Blaqbonez didn’t welcome Khaligraph’s victory. In furry he took to his Instagram page to vent out his anger.

“Somebody tell Khaligraph that I’m still the best rapper in Africa…Soundcity got it wrong. Diss track in the morning…” he said.

ALSO READ: Pinky Ghelani shares the good, ugly side of her 13-year-old marriage

In response, Khaligraph on Tuesday dropped the diss dubbed ‘Best rapper in Nigeria,’ a track against him(Blaqbonez) in which he tells him;

“I spotted you in Lagos, you were seen riding in an Uber cab while I was on a G-wagon,

I could not help but pity you, I would leave it in the past but it’s unfortunate that your own people are treating you like trash..”

Blaqbonez on Wednesday released his diss track against the Leave me alone hit maker titled ‘Green Blaq Green’ in which he raps;

“Searched on Wikipedia, tried to look up your age

Didn’t see no Wikipedia, which in itself’s a disgrace

That aside, it’s obvious say you don tey for the p