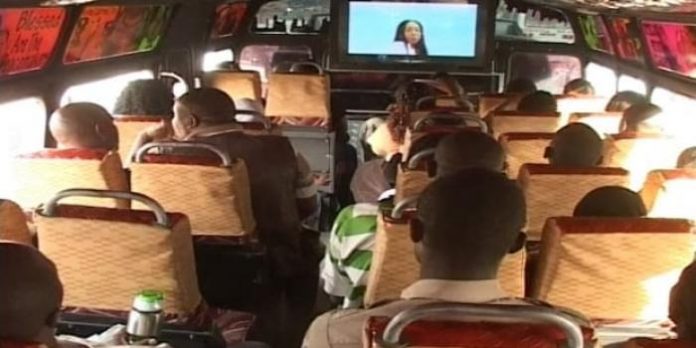 Public Service Vehicles PSVs) with screens will now be required to obtain licenses in order to showcase content in their vehicles, which is according to The Kenya Films and Classifications Board (KFCB) Chief Executive Ezekiel Mutua.

The film boss faulted the transport sector for showcasing content in their vehicles yet they were not part of the broadcasting sector.

“Those who have mounted screens in their vehicles, they should either remove them or take licenses for the right content,” said Dr. Mutua.

Section 12 of the Films and Stage Plays Act makes it an offense for any person to exhibit any film at an exhibition to which the public is admitted or distribute such film unless he is registered as an exhibitor or distributor by the KFCB and issued with a certificate.

The Act further prohibits the distribution, exhibition or broadcasting, either publicly or privately of any film or class of film that has not been examined and approved by the KFCB.

Hence, PSVs cannot be classified as broadcasters, but they need to pay sh2,000, failure to which they face charges of violating the Films And Stage Plays Act.

The law stipulates that any person found guilty of an offence under the Films And Stage Plays Act shall be liable to a fine not exceeding Sh100,000 or imprisonment for a term not exceeding five years or both.