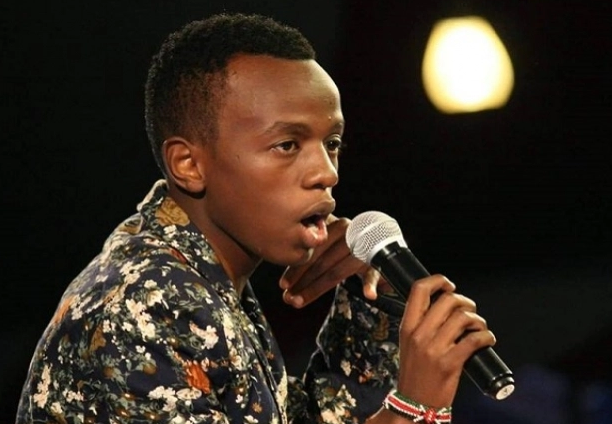 Taking to his Facebook page Churchill show comedian Vincent Mwasia Mutua aka Chipukeezy shared that Kartelo will be hosting Bangaiza Reloaded show from 1 p.m to 4 p.m, Monday to Friday alongside Chris Da Bass.

Chipukeezy went on to congratulate the young comedian for achieving a new milestone in life.

“Big up @kartelo_official wish you well. Don’t try to fit in kasee be you this Nairobi life you see ni kama moto ya pasi iwezi pika chapatti so wasikutishie,” he said.

The duo left Ebru TV in August 2019, after a fall out between them and the station’s management.

According to Chipukeezy the management intended to kick out Kartelo from the Chipukeezy show, citing that the show was more ‘getoish,’ an idea that did not go well with the main host Chipukeezy.

“I received an email from Ebru TV asking me to terminate my agreement and collaboration with Kartelo on my show,”

“They say they are a bit concerned that the show has become a bit ghetto because of the many youths (upcoming musicians and comedians) on the show. They requested that we try and change the format a little bit. Maybe interview more politicians and a few corporate executives,” wrote Chipukeezy on Instagram.

He added: “For as much as I respect their request or rather decision, I would like to categorically state that I feel my calling and mission could just be the exact opposite.
However, Ebru TV refuted the claims, stating that they had no problems with Kartelo.

However, Ebru TV refuted the claims, stating that they had no problems with Kartelo, however, noting that Kartelo had failed to honour the end of their bargain with the station.

“We need to clarify that Kartelo was not an employee of Ebru Television and he was not in the payroll either. The only official agreement that the station had with Kartelo is on a census campaign.

“The honorary agreement with Chipukeezy availed the opportunity for Kartelo to be a regular guest on his show as well as relied solely and full-on their ability to leverage their performances on TV, as well as online platforms and help promote Ebru and its partnerships, which are vital to Ebru’s growth and sustainability,” read a press release from Ebru TV.