The Very Important Persons(VIPs) in Kenya will no longer enjoy the privileges of owning a gun and security from state security if they are involved in any crime, the National police service has affirmed.

Those involved will have their gun licences revoked and guns withheld, their security withdrawn until they are cleared by the courts.

“To avoid compromising and demeaning the very essence of which the police is mandated the National Police Service shall not provide security detail to VIPs who are involved in crime until they are cleared by the courts,” he said.

However, Inspector General of Police Hillary Mutyambai said despite the fact that provision of security to State officers is part of the mandate of the National Police Service but they must also be in compliance with the Constitution.

“It is the expectation of the service that the VIPs who are accorded this privilege shall reciprocate by being law-abiding citizens at all times,” said the IG through police spokesman Charles Owino. 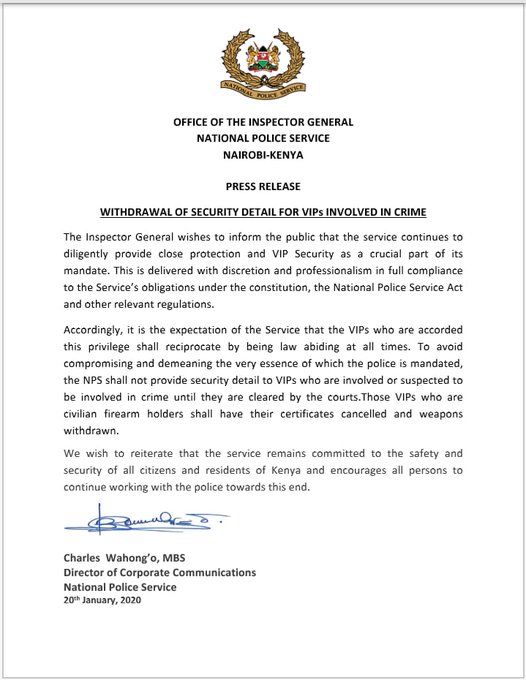